National Museum of the Komi Republic 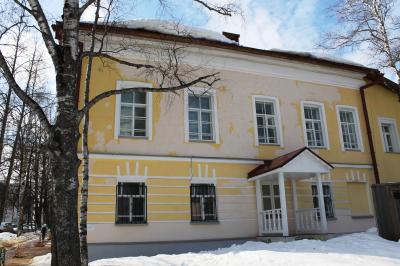 The first mention of the house was in 1801 when the merchant Sukhanov got the license for building the stone two-storeyed house. The years of building are unknown.

In 1846 the house was bought for organizing the Ust-Sysolsk district school. In 1897 at school there was opened the manual skills class. In 1906 near to the school building there was erected a separate wooden building consisting of three big rooms.

In 1912 the school was reoganised into the higher initial school, in 1918 there was the Soviet school, in 1919 the Communist Party school.

In 2001 the building was restored.