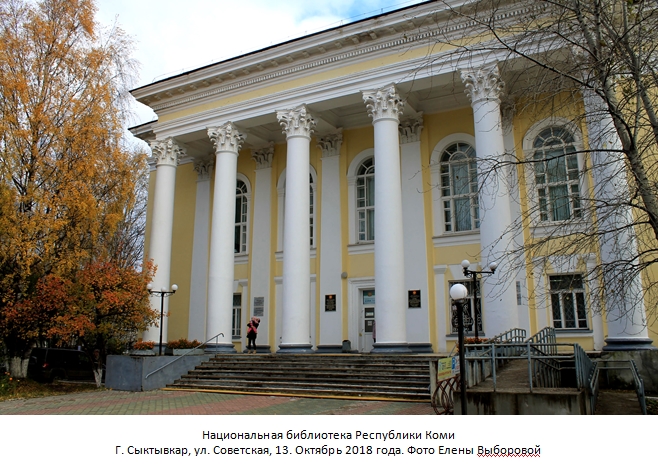 Building of the library was planned to begin in 1952 near to the Fireman Depot on the place of the two-storeyed apartment house belonging to the well-known teacher A.A.Tsember.

The project made by architects Lysjakov and Lopatto was chosen. In 1953 the original project was remade by the Komi Republican Architectural Office led by A.T. Rostovsky.

Solemn opening of the library took place in April 1958. The library got the name of V.I. Lenin.

In 1992 the library received the status of the "National Library".