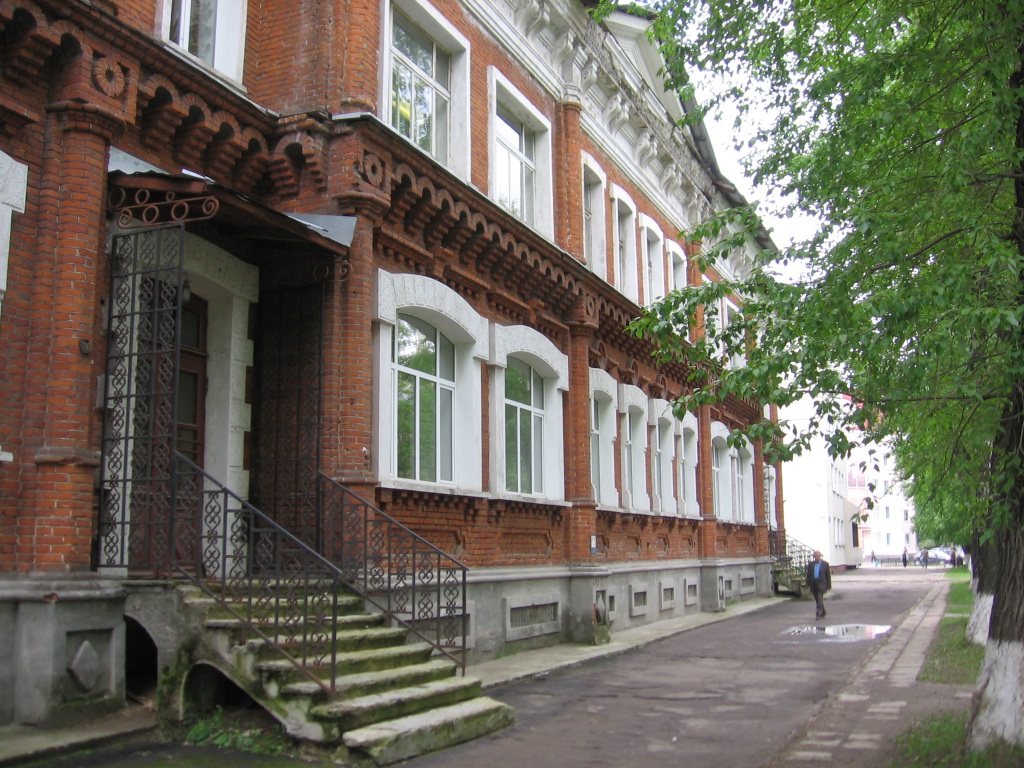 The author of the project: E.G. Sorokin

The building of the district hospital was one of the most beautiful constructions of Ust-Sysolsk at the beginning of the XX th century.

The project was made in 1908 by the technician-builder E.G. Sorokin

In 1916 all building and decorating works were finished. In autumn of the same year the district hospital began working.

Within the period between 1938 and 997 years in the building there was the city maternity hospital.

In summer 1998 the building was given to the Medical Faculty of the Komi of Branch of the .